Climate change is not just a challenge in the future but has already become a dangerous reality today, threatening the wellbeing of future generations and human survival. President Xi Jinping declared China’s determined efforts to achieve peak carbon by 2030 and carbon neutrality by 2060 at the General Assembly of the United Nations in 2020, and emphasised China’s acceleration towards low-carbon innovations.

Mr Xie Zhenhua, China’s climate envoy, will share his insights at a webinar and present China’s roadmap and policies on achieving those goals. In addition, three internationally renowned experts will join Mr Xie in a panel discussion to explore the development of a fair, practical and mutually beneficial global climate management system. 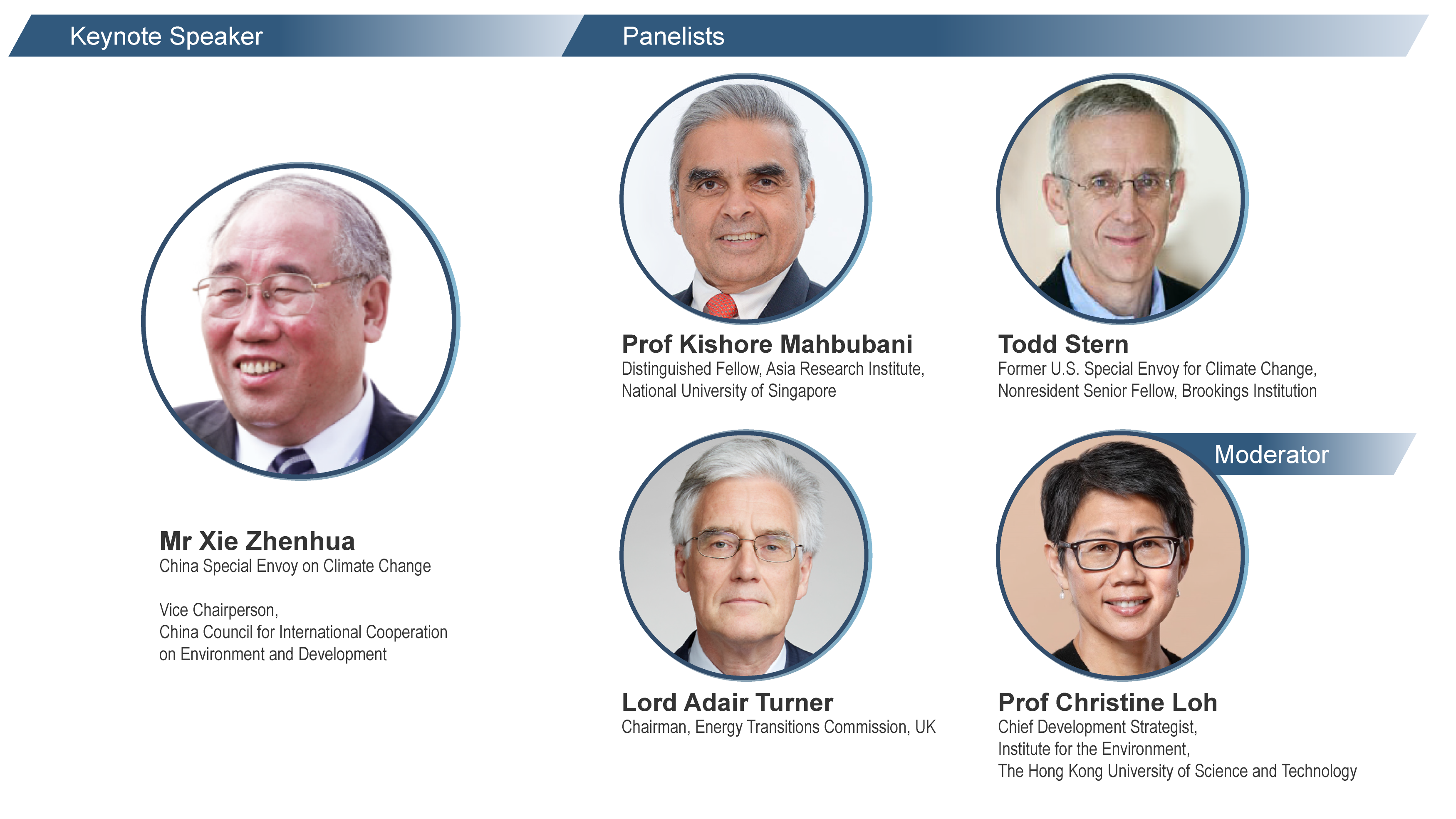 Born in Tianjin in 1949, Mr Xie Zhenhua has served as Administrator of National Environmental Protection Agency, Minister of the State Environmental Protection Administration, Vice Chairman (Minister level) of the National Development and Reform Commission of China from 1993. Mr Xie was appointed as Vice Chairperson of China Council for International Cooperation on Environment and Development in 1998; Special Representative for Climate Change Affairs of China, and Vice-Chairman of Committee on Population, Resources and Environment of the 12th Chinese People’s Political Consultative Conference in 2015; China Special Envoy on Climate Change in 2021. Dedicating himself to climate change and environmental protection work for decades, Mr Xie has played a key role in climate change policymaking and implementation in China. Having served as Head of the Chinese delegation of Conference of the Parties to the United Nations Framework Convention on Climate Change for over 10 years, Mr Xie led the negotiations on China’s accession to the Paris Agreement. He is committed to promoting international cooperation in tackling the climate crisis, and facilitated the signing of China-U.S. Joint Statement Addressing the Climate Crisis.

Prof Kishore Mahbubani is a Distinguished Fellow at the Asia Research Institute, National University of Singapore. Kishore has received global recognition for his intellectual contributions, having been listed several times in the list of top global thinkers by Foreign Policy and Prospect Magazines. He has participated in the annual meetings of the World Economic Forum (WEF) in Davos twenty times, serving also in several WEF committees. In April 2019, he was the second Singaporean to be elected as an honorary international member of the American Academy of Arts and Sciences, which has honoured distinguished thinkers, including several of America’s Founding Fathers, since 1780. Prof Mahbubani has dedicated five decades of his life to public service, as a Singapore diplomat for 33 years, Singapore’s Ambassador to the UN (1984-1989 and 1998-2004) and Permanent Secretary of the Ministry of Foreign Affairs (1994 to 1998).

Todd Stern is a Nonresident Senior Fellow at the Brookings Institution focussing on climate change. Stern served from January 2009 until April 2016, as the Special Envoy for Climate Change at the US Department of State. He was President Barack Obama’s chief climate negotiator, leading the US effort in negotiating the Paris Agreement (2015), and in all bilateral and multilateral climate negotiations in the seven years leading up to 2015. Stern also participated in the development of US domestic climate and clean energy policy. Stern is currently writing about the climate negotiations during his time as special envoy, as well as on speaking, and advising about ongoing efforts on climate change at both the international and domestic levels.

Lord Adair Turner chairs the Energy Transitions Commission, a global coalition of companies, NGOs and experts working to achieve a net zero economy by 2040.  He is Chairman of insurer group Chubb Europe, Senior Fellow at the Institute for New Economic Thinking and is on the Advisory Board of Board of Shanghai energy group Envision.  From 2008-2013, Lord Turner chaired the Financial Services Authority, and played a leading role in the redesign of global banking and shadow banking regulation.  Alongside a business career, he has held a number of public policy roles: he was Director General of the Confederation of British Industry (1995-2000); chaired the Low Pay Commission (2002-2006), the Pensions Commission (2003-2006), and the Climate Change Committee (2008-2012).

Prof Christine Loh is Chief Development Strategist at the Institute for the Environment, The Hong Kong University of Science and Technology. She was Undersecretary for the Environment in the HKSAR Government (2012-17) and a former Member of the Hong Kong Legislative Council.  She is currently a board member of the Robert HN Ho Family Foundation, CDP Worldwide, Global Maritime Forum and New Forests Pty Ltd, member of the BASF Stakeholder Advisory Council, and an Advisor to HSBC’s Climate Advisory Panel. She also teaches a course on non-market risks at the Anderson School of Management, University of California at Los Angeles.

Business & Management
Post an event
Campus organizations are invited to add their events to the calendar.
Login
Not a user? Request an account
Change Users' Preferences